Asia News / by by Nirmala Carvalho

Fr Stan Swamy, 83, is a Jesuit who is fighting for the rights of tribals and against the expropriation of their forests. The confiscation order was justified for his absence at the hearing of the trial against him. Activists: “The government wants to quell dissent”.
Read more 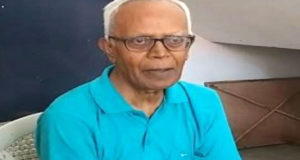 The Jharkand Janadhikar Morcha (JJM) has condemned the incessant harassment of human rights defender, Stan Swamy by the Jharkand police
On October 21, a team of Khunti police attached the belongings of 83-year old Stan Swamy, a well-known activist of Jharkhand, from his residence at the Bagaicha campus in Namkum, near Ranchi.
Read more 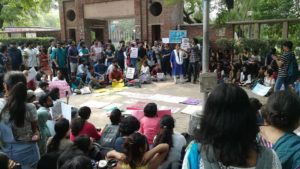 The signatories expressed shock at the Pune police raiding the DU professor’s house without a warrant.
New Delhi: Close to 400 teachers from various institutes and universities, and more than 500 students – mostly from the Delhi University (DU) – have expressed shock at the “illegal raid” at the residence of DU associate professor Hany Babu.
Read more / read full statements

At 6:30 AM on 11 September 2019, the Maharashtra police without warrant illegally raided Prof. Babu’s residence. Calling him a suspect in the Bhima Koregoan case, the police detained Prof. Babu, and his partner Prof. Jenny Rowena for over six hours while searching the premises. They left having seized a variety of Prof. Babu’s personal belongings; some books, a laptop, some pen-drives, hard-drives, etc. Thankfully, Prof. Babu and Prof. Rowena are safe and unharmed but nonetheless deeply disturbed by the morning’s developments and what may follow.
Read full statement

Ever since the raid at Delhi University professor Hany Babu’s house, there has been an outpouring of support from the academic and activist circles. Various student groups have also issued statements condemning the raid and rendering full support to the teacher. The students from his own department have also come out in support.
Read more

Sign/read statement by students in solidarity with professor Hany Babu

The Jawaharlal Nehru University Teachers Association (JNUTA) on Wednesday condemned the raid conducted by Pune Police at the Noida residence of Dr Hany Babu of the English Department, University of Delhi, in connection with the Bhima Koregaon case.
Read more 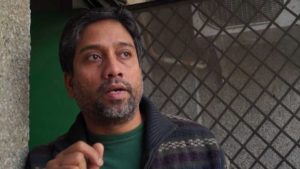 Round Table India / by Vinayakala Korvi

Two genuine intellectuals, academicians and crusaders for justice and truth, from EFLU to University of Delhi … Stay strong … more power to you Hany and Jenny. …
I am highly indebted to Hany. He taught me research methodology and because of him, today I’m excelling as a scholar.
Read more

Protest by students and faculty at Arts Faculty, Delhi University
Pic: Mumbai Rises To Save Democracy and Students Islamic Organisation

Today morning at 6:30 am, the house of Dr. Hany Babu who lives in Noida, was raided by a contingent of Pune Police for six hours without a search warrant. They searched the entire house and took away all electronic devices, laptops, pen drives, mobile phone, etc. At the end of the search, the Pune Police claimed that the raid was in connection with the Bhima Koreagaon case.
Read full statement

Babu told ‘The Wire’ that police did not seem to have a search warrant.
Mumbai: A team of Pune police conducted raids on Delhi University associate professor Hany Babu M.T’s residence for more than six hours in connection with the Bhima Koregaon violence case on Tuesday, September 10. The police team, comprising more than 12 personnel, reached Babu’s Noida house at around 6 am.
Read more

Pune Police on Tuesday searched the home of Delhi University professor Hany Babu in Noida, Uttar Pradesh, in connection with the Elgar Parishad case, PTI reported. Assistant Commissioner of Police Shivaji Pawar, however, said that no arrest had been made.
Read more