Vira Sathidar, a poet, writer, activist, and also one of the editors of a radical Anti-Caste Marathi Magazine ‘Vidrohi’ talks about incarceration of Sudhir Dhawale, founder of Vidrohi. Sudhir Dhawale along with two other activists- Surendra Gadhling and Prof. Shoma Sen were arrested by Police from Nagpur and are still in jail. These were among the first few arrests of Human rights activists by Modi Government under charges of being involved in Bhima Koregaon Violence and in a plot to assassinate PM Modi. The magazine stopped its publication due to various reasons, one being the constant threat of police surveillance.
Watch video 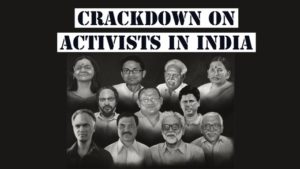 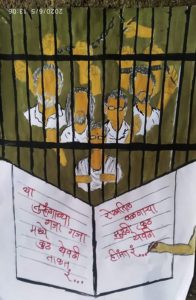 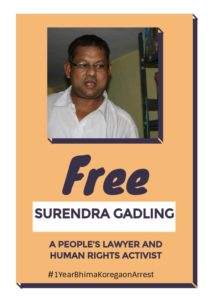 In the following article, Advocate Nihal Singh Rathod recounts the beginning of this witch-hunt before abusing law became a norm.
JUNE 6, 2018, shall remain a day deeply engraved on my psyche forever, for it changed my life and life of many I know. It shook me to the core. It is not as if I was not at all prepared for it, given its foundation was laid much prior.
Read more

June 6 marks the second anniversary of the nation-wide onslaught on and implication of activists and their arrest in the Bhima Koregaon case. Exactly two years ago, Pune police conducted simultaneous raids on five houses in Nagpur, Delhi and Mumbai and arrested Surendra Gadling, Shoma Sen, Rona Wilson, Sudhir Dhawle and Mahesh Raut. The case has not moved an inch in the last two years and they are still languishing in Maharashtra jails.

Who are these activists?

New Delhi: Hindutva – the official guiding principle of Rashtriya Swayamsevak Sangh and all the members in its parivar – is an embodiment of lies, fabrication, distortion, deception, obfuscation, hatred and unleashing violence. If one thought that this characterization is an ideological subjective opinion, it is better to look at this glaring example of Bhima Koregaon violence case, a subject of gross obfuscation of facts and inhuman incarceration of public-spirited individuals over the last two years.
Read more 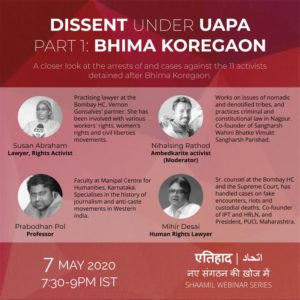 This panel, featuring Susan Abraham, Prabodhan Pol, Mihir Desai and Nihalsing Rathod, takes a closer look at the arrests of and cases against the 11 activists detained after Bhima Koregaon, and places the events within the context of caste, community and Maharashtra political dynamics. This is part 1 of a two-part series on UAPA and state suppression of dissent.
Watch Video 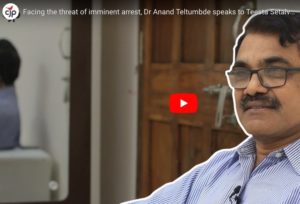 By Citizens for Justice and Peace (CJP)