How proper file, malware, and memory forensics techniques were able to catch the ModifiedElephant threat actor planting incriminating evidence on defendants’ computers in India.
I agreed in late 2022 to independently review a new digital forensics report from Arsenal Consulting (hereafter: Arsenal), which was still under embargo. Niha Masih, an award-winning reporter with The Washington Post, reached out to me in early December and explained that she had written a series of articles (based on Arsenal reports) about Indian activists in the “Bhima Koregaon” case who were hacked and had evidence planted on their devices before their arrests. Niha asked if I would be able to validate Arsenal’s work.
Read more

by Mary Lawlor UN Special Rapporteur HRDs / @MaryLawlorhrds (Dec 15, 2022):
Extremely distressing new report by @ArsenalArmed which finds that fake evidence was planted on Stan Swamy’s computer. Stan’s detention & death are a stain on India’s human rights record. Charges against the other HRDs in Bhima Koregaon case must be dropped

Catholic Church leaders have sought an “unconditional apology” from the Indian government for the custodial death of Father Stan Swamy after a US based digital forensic firm has found that the late Jesuit was falsely implicated in a sedition case.
“At least at this stage, the government and its probe agency should tender an unconditional apology to people for the unjust arrest, inhuman incarceration and custodial death of Father Swamy for no fault of his,” says Jesuit Father A Santhanam, convener of the National Lawyers Forum of Religious and Priests (NLFRP).
Read more

Evidence ‘planted’ on the late Jesuit priest’s computer to ‘falsely’ implicate him in the Bhima-Koregaon case, US agency says.
Catholic activists and priests want the Indian government to “take full responsibility” for the custodial death of Jesuit Father Stan Swamy after latest findings by US-based digital forensic experts that false evidence was planted on the priest’s computer by hacking it.
Read more

by CPI (M) @cpimspeak (Dec 14, 2022):
CPI(M) demands that all the Bhima Koregaon accused be immediately released from jail; NIA should not deny their bail applications and or discharge appeals; an expert, fair re-examination taking into account the forensic evidence available should be made in a timebound framework.

The Leaflet / by Gursimran Kaur Kakshi

Previously, similar evidence of planting have also been found by the same firm, Arsenal, in the computer of mobile devices of Rona Wilson and Surendra Gadling, two other accused in the Bhima Koregaon case.
ON December 11, Arsenal Consulting, a United States-based digital forensic analysis firm, revealed that tribal rights activist and one of the accused in the Elgar Parishad-Bhima Koregaon case, the late Fr. Stan Swamy’s computer was compromised over the course of three distinct campaigns, beginning on October 19, 2014, and ending with the seizure of his computer by the Pune police department on June 12, 2019.
Read more

And new evidence suggests those hackers may have collaborated with the police who investigated him.
The case of the Bhima Koregaon 16, in which hackers planted fake evidence on the computers of two Indian human rights activists that led to their arrest along with more than a dozen colleagues, has already become notorious worldwide. Now the tragedy and injustice of that case is coming further into focus: A forensics firm has found signs that the same hackers also planted evidence on the hard drive of another high-profile defendant in the case who later died in jail—as well as fresh clues that the hackers who fabricated that evidence were collaborating with the Pune City Police investigating him.
Read more

The report blasts a hole in the National Investigation Agency’s (NIA) charges against Stan Swamy.
A new report by an American forensic firm shows that multiple incriminating documents were planted in the computer of Father Stan Swamy, the 83-year-old activist-priest who was arrested for alleged terror links in 2020 and who died in custody a year later.
Read more

Wilson had, in February 2021, moved a petition before the high court citing the report of a US-based digital consultant which said that his computer was ‘infected with malware’ planted two years before his arrest in 2018. The last effective hearing before the high court on Wilson’s petition was on August 4, 2021.
Activist Rona Wilson, an accused in the Elgaar Parishad case, on Thursday told a special court that he has written to the Chief Justice of Bombay High Court seeking a suitable bench to hear and dispose of a petition filed by him in a time-bound manner, as five benches have, so far, recused themselves from hearings on the case.
Read more

Rona Wilson, an accused in the Elgar Parishad-Bhima Koregaon violence case, has requested the Chief Justice of Bombay high court to expedite the hearing of his discharge plea based on the report by an American digital consultancy firm.
He had approached the high court in February last year to quash the case against him and to issue directions for setting up a special investigation team headed by a retired supreme court or high court judge to conduct a forensic analysis of the electronic evidence the police claimed to have collected against the accused.
Read more 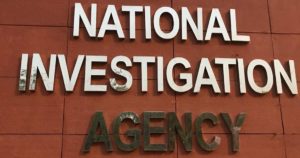 In the plea filed through advocate Kritika Agarwal, Jagtap said she is innocent and has been falsely implicated in the case. Jagtap said the special court erred in concluding that a prima facie case existed against her.
An accused in the Elgaar Parishad case, Jyoti Jagtap, recently approached the Bombay High Court challenging an order of a special court that denied her regular bail. A division bench of Justice Ajay S Gadkari and Justice Milind N Jadhav Tuesday posted hearing after two weeks.
Read more

While arguing his plea on Friday, Ferreira said that the court hast scheduled the case for framing of charges hence before trial began, the should be provided with a copy of the order.
Arun Ferreira, one of the accused in the Elgar Parishad case, on Friday alleged that the email recovered from the devices of accused Rona Wilson by the prosecutions was intercepted without any valid authorisation.
Read more

The Special NIA Court has granted time to Gadling to respond to ED’s application by August 10.
… Meanwhile Arun Ferreira – another accused in the Elgaar Parishad case – on Friday told a special court that certain emails relied upon by the prosecution as evidence were intercepted without authorisation as the National Investigating Agency (NIA) had not provided an order from a competent authority regarding their interception.
Read more