Press conference by CDRO: ‘Release of all accused in Bhima-Koregaon case’

Times of India / by Mohua Chatterjee

Three members of Parliament from different states and across parties demanded the release of all the the accused of the Bhima-Koregaon case, who are in jail since June 2018.
Rajya Sabha MPs Binoy Viswam (CPI) who hails from Kerala and Ajit Bhuyan (Independent) who represents Assam and Lok Sabha MP from Tamil Nadu Tholkappiyan Thirumavalavan (VCK) spoke at a press conference held by the Coordination of Democratic Rights Organisation (CDRO).
Read more

by Ajit Kumar Bhuyan (Aug 4):
We, the opposition MPs of Parliament addressed a press conference at Press Club of India today demanding- Immediate release of all the accused of the Bhima-Koregaon case. And repe of the NIA act and disbandment of the agency as it goes against the ethos of our federal nature.

The head of the country’s statutory human rights body said that speedy justice was key to rule of law.
National Human Rights Commission chief Arun Mishra on Friday said that suspects in cases should not be jailed without trial and that there was no room for fake encounters. Mishra, a former Supreme Court judge, added that justice was the source of a peaceful society…
As recently as on Wednesday, South African non-profit organisation Civicus put India on a list of countries with “repressed” democratic values. The report had flagged the use of draconian anti-terror law Unlawful Activities (Prevention) Act against activists arrested in the Bhima Koregaon case, repression of the farmers’ protest and the imposition of curfews in Jammu and Kashmir.
Read more

By Coordination of Democratic Rights Organisations

CDRO is shocked to hear the news of the arrest of Father  Stan Swamy in connection with the infamous Bhima-Koregaon (BK) case. We note with disgust that Father Stan Swamy is the latest victim of the witch hunt operation carried out by the BJP-government in the name of BK case. It is a well-known fact today that the NIA, in the BK case, could not find any convincing material implicating the incarcerated activists and proving several alleged trumped-up charges including “criminal conspiracy to assassinate the Prime Minister”.
Read more

The Wire/ by The Wire Staff

New Delhi: A group of more than 700 academics, activists, artists and others have come together to condemn the harassment and arrests of right activists, academics and lawyers in the Elgar Parishad/Bhima Koregaon case. They have expressed their solidarity with Professor K. Satyanarayana, who teaches at the English and Foreign Languages University (EFLU) in Hyderabad, and has been summoned for questioning the case by the National Investigation Agency (NIA).
Read more

New Delhi: A group of 1,039 scientists and academics have released a statement condemning the National Investigation Agency (NIA) action in the Bhima Koregaon/Elgar Parishad case.
Statement
…Most recently, we understand that the NIA has summoned the well-known scientist and activist, Prof. Partho Sarothi Ray, of the Indian Institute of Science Education and Research (Kolkata) to Mumbai on 10th September for questioning in this case…
Read more

Press Release, 8th September 2020
After the arrests of leading public intellectuals like poet Varavara Rao, Prof. Soma Sen, Prof. Anand Teltumbde, Mr. Gautam Navlakha, Ms. Sudha Bharadwaj, and others, the National Investigation Agency (NIA) has trained its gun yet once again on democratic right activists, lawyers and other intellectuals.
One of their latest targets is Prof. Parthosarathi Ray, a leading biologist of the country, an Associate Professor working in Indian Institute of Science Education and Research (IISER) Kolkata, and also a leading personality of the democratic rights movements of the country.
Read more 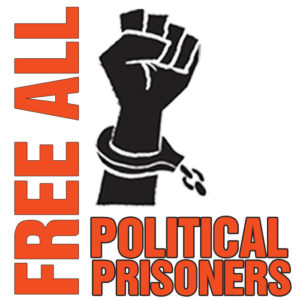 By Nepalese intellectuals, writers and journalists

STOP THE POLITICAL PERSECUTION OF TELTUMBDE AND NAVLAKHA!
FREE THE BHIMA-KOREGAON-11 NOW!

India Civil Watch – International (ICW-I) strongly condemns the incarceration of Dr. Anand Teltumbde and Gautam Navlakha, two of India’s foremost public intellectuals and courageous defenders of political freedoms, human rights and civil liberties. Dr. Teltumbde is also widely respected as a leading Dalit scholar, author of thirty books, who has lectured across the world on the annihilation of caste and the Dalit struggle, neoliberal capitalist plunder, and the rise of Hindutva politics.
Read full statement

Reaffirming our faith in the Constitution on Ambedkar Jayanti
Selfless services of doctors, health and sanitation workers and spontaneous relief efforts from ordinary citizens and civil society raises hope for India
April 14/15, 2020: As the country paid homage to Babasaheb Ambedkar on his 129th birth anniversary, Prof Anand Teltumbde and Gautam Navlakha, two of India’s finest public intellectuals and activists were taken in custody by the Indian State for their ideas and lifelong commitment to the democratic values and the ideals enshrined in the Constitution. What could be the greater irony for us as a Republic ?
Read full statement

STATEMENT ON THE ARRESTS OF ANAND TELTUMBDE AND GAUTAM NAVLAKHA

As the nation was celebrating the birth anniversary of B.R. Ambedkar, his grandson-in-law Anand Teltumbde was being arrested by the National Investigation Agency along with fellow activist Gautam Navlakha, under the draconian Unlawful Activities (Prevention)Act (UAPA).
Read full statement

Counterterrorism Law Politicized in Bhima Koregaon Case
New York: Indian authorities on April 14, 2020 detained two rights activists who have been critics of government policies, Human Rights Watch said today. The government should immediately drop all charges under a counterterrorism law against Anand Teltumbde and Gautam Navlakha for allegedly inciting caste-based violence along with other activists during a demonstration in Maharashtra state in 2017.
Read more

By Women Against Sexual Violence and State Repression (WSS)

Today, with undeniable irony, we have witnessed the surrender/arrests of Prof. Anand Teltumbde and Gautam Navlakha by the National Investigation Agency (NIA). Both Prof. Anand Teltumbde and Gautam Navlakha are known to us through their activism, writing and relentless pursuit of democratic principles. They have also remained steadfastly opposed to Brahmanical Hindutva fascism in all its manifestations.
Read full statement

WOMEN DEMAND END OF TARGETING OF DISSENTS AND MINORITIES

We, the undersigned women’s organisations express strong concern and register our protest against the violations of civil liberties guaranteed by the Constitution, by the Narendra Modi-led Union government and other state governments led by the BJP. Recent developments show that the government has been targeting intellectuals and activists as well as prominent journalists who have been questioning the government’s faulty policies. This is a serious attack on their democratic, civil and legal rights. FIRs, arrests, imprisonment without evidence have become the new norm.
Read more

The arrest of activists and scholars Gautam Navlakha and Anand Teltumbde by the National Investigation Agency (NIA) over ridiculously trumped up charges in the Bhima Koregaon case on Ambedkar Jayanti, 2020, is a day of shame for India’s democracy. The fact that both of them, senior citizens above 60, will be incarcerated in cramped, overcrowded jails during a pandemic that poses a threat to the lives of the elderly, is especially shameful.
Read full statement

The Polit Bureau of the Communist Party of India (Marxist) strongly condemns the arrests of Anand Teltumbe and Gautam Navlakha on completely trumped up charges in the Bhima Koregaon issue. It is a matter of concern that the hon’ble Supreme Court did not postpone their arrests in view of the Covid-19 pandemic.
Read full statement

PROTEST THE ARRESTS: DEMAND RELEASE OF THE 11 ARRESTED IN THE BHIMA KOREGAON CASE

The attempt to browbeat rights activists, Gautam Navlakha and Anand Teltumbde to ‘surrender’ to the National Investigation Agency, amidst a nation-wide lockdown on account of Covid-19, marks a deep and scathing new low in the political history of contemporary India.
For over two years now, the Bhima Koregaon case, as it has come to be known, has been the mainstay for the State resorting to arrests of democratic rights activists, lawyers and journalists across the country – those who have been tirelessly raising issues of grave human rights violations in the dirty war being waged by the State in the forests at the heart of the country.
Read full statement

PROTEST AGAINST THE FACIST ONSLAUGHT ON DEMOCRATIC RIGHTS ACTIVISTS

On 14th April,2020, Anand Teltumbde and Gautam Navlakha surrendered and were arrested by the NIA, pursuant to order of the Supreme Court rejecting interim protection. This order paved the way for the arrest of two more scholars under the draconian laws for their exercise of the right to free speech and dissent. We believe the arrest of these two intellectuals not only infringes their constitutionally protected rights but is a larger reflection of the fast ceding of the political, social and public space in the country.
Read full statement

CLAMPDOWN ON DISSENT CONTINUES DURING THE VOVID-19 PANDEMIC

Responding to reports that human rights defenders, Anand Teltumbde and Gautam Navlakha have surrendered before the National Investigative Agency (NIA).
Avinash Kumar, Executive Director of Amnesty International India, said:
“The clampdown on dissent in India continues. Even during a pandemic, the Government of India is targeting those critical of the government. When hard-won rights to expression and peaceful protest are weakened, everyone stands to lose.”
Read more

AI-India Video: Bhima Koregaon 9: Heroes Who Fight For Your Rights

On August 18, the report titled “Corporate Loot and People’s Resistance in Niyamgiri” was released at the CDRO Convention on UAPA and other Draconian Law held in Jalandhar, Punjab. The report is an outcome of a joint fact-finding visit by a 16-member team from April 26-28, 2019 from All India Coordination of Democratic Rights Organization (CDRO) and Ganatantrik Adhikar Suraksha Sangathan, Odisha (GASS) to villages of the Niyamgiri area in both Raygada and Kalahandi districts of Odisha. The team investigated into the death of the contract employee Dani Batra by the OISF on March 18 at the gate of Vedanta Aluminum Limited and also visited villages of the Dongria Kondhs to understand the major concerns of the people opposing mining of bauxite in their area and violation of their rights.
Read more