The Caravan / by Martand Kaushik and Anjeneya Sivan

On 17 April 2018, the Pune Police raided the Delhi home of Rona Wilson, a noted prison-rights activist, and arrested him for his alleged role in the violence at the Bhima Koregaon memorial in January that year. A few months later, the police claimed that it had found a letter on the hard disk of Wilson’s computer that contained details of a “naxal” plot to assassinate Prime Minister Narendra Modi and “overthrow the government.”
Read more 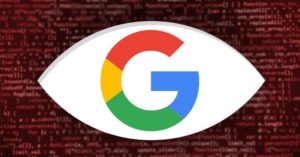 The search giant issued over 12,000 warnings to users across the country against hacking state-sponsored attackers from July – Sept 2019.
The statement by Google read, “We’ve had a long-standing policy to send users warnings if we detect that they are the subject of state-sponsored phishing attempts, and have posted periodically about these before.”
Read more

Minister parries query, cites laws granting such power.
The Centre said it has the power to intercept, monitor and decrypt any information in the interest of the country based on certain conditions.
The Ministry of Home Affairs on Tuesday did not provide a direct answer when asked in the Lok Sabha if it had used the Pegasus spyware to intercept WhatsApp calls and messages of Indians activists and journalists.
Read more

In response to a question raised on Pegasus in parliament, the home ministry merely said that it has the powers to conduct lawful surveillance under the IT Act and Telegraph Act.
New Delhi: The Narendra Modi government on Tuesday avoided directly answering a question raised in parliament on whether it had ever used the controversial Pegasus software to tap on WhatsApp calls and messages in this country.
Read more

The Whatsapp Snoopgate issue that spread like wildfire, not only had the general public under its attack, but lawyers defending the human rights activists arrested under the controversial Bhima Koregaon case have also confirmed that their phones were being targeted by Pegasus, a the surveillance software developed by Israeli company NSO group that came to be in question, The Huffington Post report.
Read more

Nihalsing Rathod says he was first contacted by CitizenLab researchers, who have done work on Pegasus, and then later by WhatsApp about his phone being compromised.
Mumbai: Over the last two years, Nagpur-based human rights lawyer Nihalsing Rathod has received receiving calls on WhatsApp from unknown numbers. These calls would be made from international numbers, and would invariably turn out to be a group call.
Read more

The state is continuously trying to establish a fake connection between naxals and me. I have been targeted by the state and non-state actors because of my sustained activism and my work against the feudal society, where the marginalized communities are suppressed and evicted, deprived of their human rights. This is branding and stigmatisation of Human Rights Defenders in India.
Read more

Following the arrest of human rights defender Sudha Bharadwaj and four others on 26 October 2018, there is an imminent threat of false charges being brought against Dalit activist and human rights defender, Degree Prasad Chouhan. The police have already implicated the defender by name in a fake letter produced by them on 31 August 2018, which they claim was written by advocate Sudha Bharadwaj. There is a clear attempt by the police to smear the human rights defender as a Maoist militant and draw a false link between Degree Prasad Chouhan and the Bhima Koregaon violence which took place in January 2018.
Read more