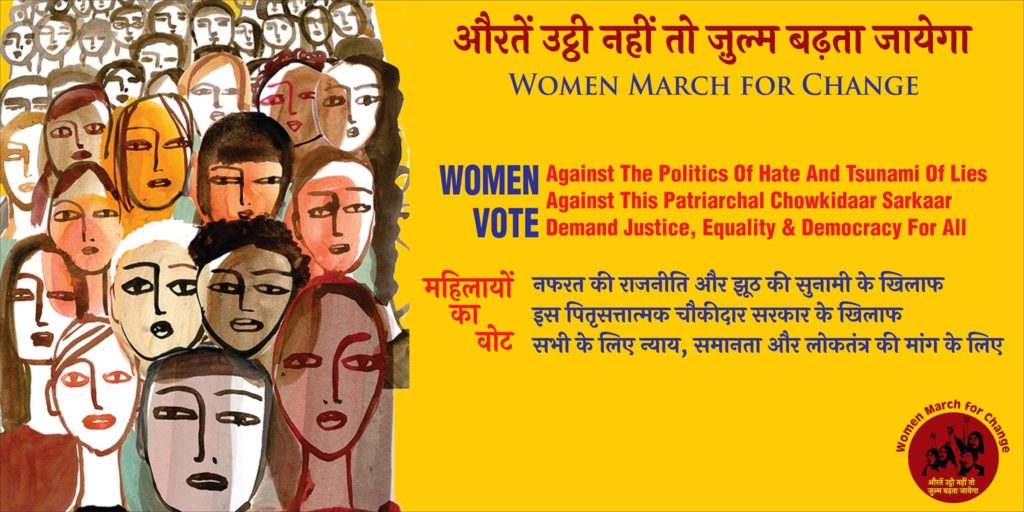 Women marched for change in several cities across India on Thursday. … As the women marched, several chanted slogans that called for an end to patriarchy, fascism and casteism. Many women also held posters that demanded the release of activists Shoma Sen and Sudha Bharadwaj, who were among nine activists arrested in June and August in connection with an investigation into a public meeting organised a day before caste-related violence erupted at Bhima Koregaon near Pune on January 1, 2018.
Read more