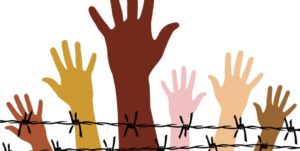 By Women Against Sexual Violence and State Repression (WSS)

Women Against Sexual Violence and State Repression (WSS) expresses shock and concern at the arrest warrant issued against Stan Swamy, Aloka Kujur, Rakesh Roshan, Vinod Kumar and Babita Kashyap on 17 June 2019, one year after the FIR was filed against 20 writers, intellectuals and activists in Jharkhand on 26 July 2018 based on Facebook posts. All five are vulnerable to imminent arrest as part of the Jharkhand government’s targeted campaign against those defending human rights of adivasis in the state.
Read full statement