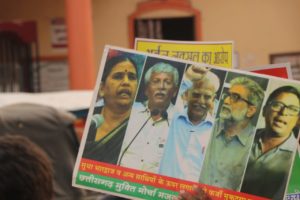 NEW DELHI: Condemning the transfer of the Bhima-Koregaon case from Pune police to NIA, the CPI on Monday alleged that the purpose of the move was to “cover up” the “falsehoods and wrongdoings” of the previous BJP government.
The case was being probed by the Pune police and the Centre’s decision to hand over the Koregaon-Bhima probe to the National Investigation Agency (NIA) on Friday came under severe criticism from both the Congress and the NCP.
Read more