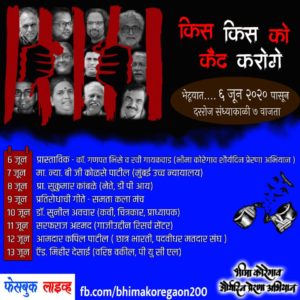 The case thoroughly exposes the oppressive right-wing domination of the Indian political and legal institutions, and highlights the looming threats to the constitution and human rights in the country.
June 6 marks the second anniversary of the arrest of activists as part of the Elgar Parishad case in India. The case has been a dangerous instance of how dissent is being persecuted by India’s current far-right wing government led by prime minister Narendra Modi of the Bharatiya Janata Party.
Read more