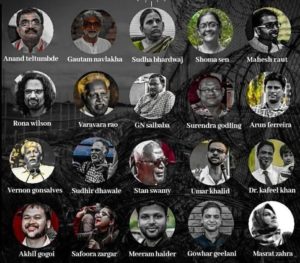 Anand Teltumbde, one of India’s important and courageous thinkers, just turned 70 in prison. He, along with Sudha Bharadwaj and others, is being held in the Bhima Koregaon case. They are being repeatedly denied bail. Varavara Rao, poet and Maoist intellectual, contracted COVID and has been subject to degrading and humiliating conditions at the age of 80. The overwhelming power that the Unlawful Activities (Prevention) Act gives to the state, the sheer impunity with which government can treat this group of accused, the Kafkaesque role of the judiciary in denying bail and making procedural safeguards ineffective, and the deafening political silence on their detention, all warrant deeper reflection.
Read more