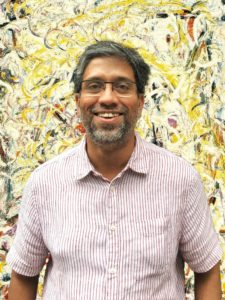 The police said that the students were charged for flouting prohibitory orders under Section 144.
New Delhi: The Delhi Police has registered a case against members of various student organisations for flouting prohibitory orders while protesting the arrest of Delhi University professor Hany Babu by the National Investigation Agency (NIA) in the Bhima Koregaon-Elgar Parishad case, officials said on Wednesday.
Read more

The police said the students were defying prohibitory orders and physical distancing norms.
The Delhi Police on Wednesday booked six students for protesting against the arrest of Delhi University professor MT Hany Babu and defying prohibitory orders, PTI reported. Babu was arrested by the National Investigation Agency on July 28 in connection with the Bhima Koregaon case. Babu is an associate professor of English at Delhi University and a well-known anti-caste activist.
Read more

Activists Protesting Against Arrest Of Hany Babu Detained By Police 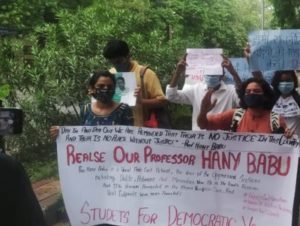 +++ SFI Delhi / by @SfiDelhi: SFI along with other organizations protested at Arts Faculty, DU against the arrest of Prof Hany Babu in Fabricated Bhima Koregaon Case. Protesters have been detained at Maurice Nagar Police Station. It was a peaceful protest which was met with hostility by the Delhi police. +++ 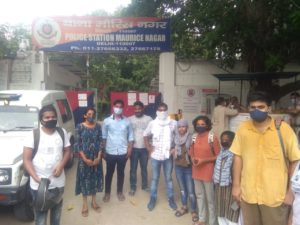 +++ AISA – N Sai Balaji / @nsaibalaji: AISA condemns the Delhi Police’s registering of FIR against protesting students of Delhi university Several orgs including AISA today protested at arts faculty gate no 4 against arrest of Prof Hany Babu who was arrested for his alleged involvement in the Elgar Parishad case. +++ The protesting students including AISA’s Abhigyan and some students from DSU and BSCEM were detained and later FIR was filed against them under 58/20, 188/34 IPC. +++