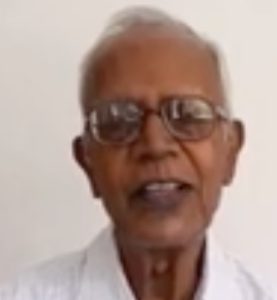 Stan Swamy reluctant to move out of Taloja jail

Swamy’s lawyer on Friday confirmed to the court that he has received a straw, sipper and winter clothes.
Jailed activist Stan Swamy on Friday moved the special National Investigation Agency court with three new petitions, reported The Hindu. The pleas sought direction to the investigation agency to return Swamy’s bag, which was seized during his arrest, a clone copy of his hard disk, and an order not to transfer him from Taloja Jail, where he is currently lodged.
Read more

Advocate Shariq Sheikh appearing for Swamy, claimed that Swamy had heard from a jail official that he may be transferred to another jail.
Father Stan Swamy, an accused in the Bhima Koregaon case and presently lodged in a prison hospital, has moved the Special National Investigation Agency (NIA) court seeking return of his bag and also requesting for a clone copy of his hard disk, both allegedly under NIA custody.
Read more