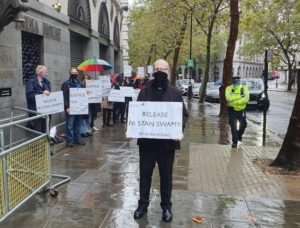 Will Father Stan Swamy’s arrest, especially the fact that he is a Christian and a priest, turn out to be major international embarrassment for the Government of India? It may well happen, if a recent debate on a resolution titled “India: Persecution of Minority Groups” in the United Kingdom (UK) Parliament is any indication. While Jesuits have protested Fr Stan’s arrest in UK and US, the resolution, adopted in the Parliament, said, “This House has considered the matter of persecution of Muslims, Christians and minority groups in India”.
Read more