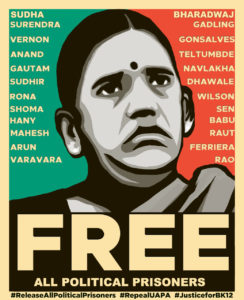 Bharadwaj had filed a plea in December, seeking access to unredacted copies of statements of witnesses recorded under section 164 of the Criminal Procedure Code. The NIA, in its reply, had opposed the plea and alleged that access to statements was sought to cause harm to the witnesses.
A special court on Friday rejected an application by law professor and activist Sudha Bharadwaj that sought directions to the National Investigation Agency (NIA) to withdraw “defamatory” allegations made against her in a written reply filed by the agency.
Read more