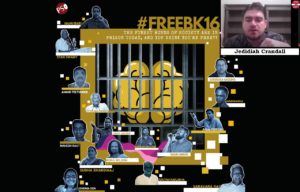 … In a statement to The Washington Post the NIA had stated that it had found no malware on Wilson’s computer and other government spokespersons have attempted to label the forensic report as a “distortion.” Media outlets close to the government have attempted to cast aspersions on the report by suggesting that the cloned hard drive was tampered with as it was being transported from India to Boston.
Prof. Jedadiah Crandall from Arizona State University, who is one of the technical experts who has reviewed the Arsenal report in detail has said “to call the forensic report a distortion is unfortunate”. Prof Crandall emphatically added “The Arsenal report conclusively establishes that NetWire was the malware used for incriminating document delivery. There is no room for interpretation or doubt about this.”
To demystify all the technical details, Prof. Jedadiah Crandall has answered the frequently asked questions to help us understand the Bhima Koregaon Forensic Report.
Read more

Last week, a Massachusetts-based digital forensics firm, Arsenal Consulting, released a damning report which posed serious questions about the credibility of the letters that were allegedly found in the computer and other gadgets of arrested prisoners’ rights activist Rona Wilson.
Arsenal Consulting’s director Mark Spencer discussed the findings and his impression of the attack in detail in an interview with The Wire.
Read more