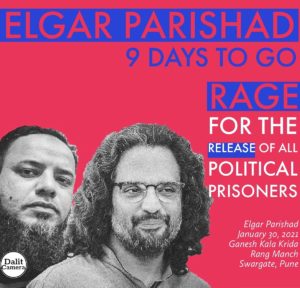 Usmani was one of the speakers at the event organised at the Ganesh Kala Krida Manch in Pune on January 30 by the ‘Bhima Koregaon Shaurya Din Prerna Abhiyaan’.
Former Aligarh Muslim University (AMU) student leader Sharjeel Usmani, who has been booked for allegedly delivering an objectionable speech at ‘Elgaar Parishad 2021’ on January 30, appeared before Pune City Police for the second time in this case on Thursday.
Read more

Former AMU student has moved HC seeking to quash FIR.
The Bombay High Court on Monday recorded the statement by the Maharashtra government that it would not take any coercive action against Sharjeel Usmani, an alumnus of Aligarh Muslim University, as long as he appeared before the Pune police for allegedly making objectionable statements at the second Elgaar Parishad.
Read more