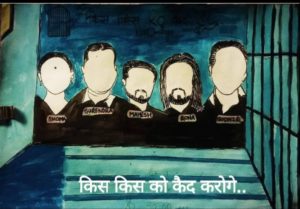 The Quint/ by Arghya Bhaskar

A petition claims that, when seized, academic work becomes vulnerable to tampering, plagiarism, damage, destruction.
In the last week of March 2021, the Supreme Court of India heard a plea seeking the protection of ‘academic freedom’ from raids and seizures of police and investigative agencies.
Senior Advocate Nitya Ramakrishnan and Advocate Prassanna is representing the petitioners. The petition was filed in light of recent news events where allegations of ‘evidence planting’ have been made in the case of arrested intellectuals in the Bhima Koregaon incident. The Supreme Court has sought a reply from the Centre within four weeks in the matter.
Read more