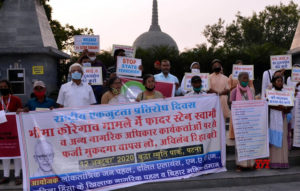 Making the 84th birth anniversary of Father Stan Swamy – the veteran Adivasi rights Jesuit priest languishing Taloja Jail, Maharashtra, for about four months for his alleged role in Bhima Koregaon violence – as the occasion, the Jharkhand Janadhikar Mahasabha (JJM), a civil rights organisation, has demanded that “lakhs of undertrials with no justice in sight” should be released immediately.
Pointing out that Stan Swamy too is an undertrial, JMM said, was involved in a study carried out in 2014-16, which revealed that about 97 percent of the surveyed undertrial prisoners “were falsely accused of being Maoists”.
Read more