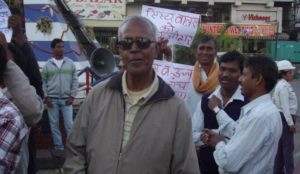 The Indian Express / by Payoshi Roy

Parkinson’s has ravaged the body of the Jesuit priest, an accused in the Bhima Koregaon case. Why won’t the court listen to compelling reason and judicial conscience?
The court has again denied bail in a UAPA case, but now the failure to protect rights has been more egregious. On May 21, Father Stan Swamy’s disease-ravaged body shook as he implored the Bombay High Court for medical bail. Accused in the Bhima Koregaon case, a gargantuan investigation into an alleged Maoist conspiracy to overthrow the Indian state, 84-year-old Swamy has been in custody for eight months.
Read more