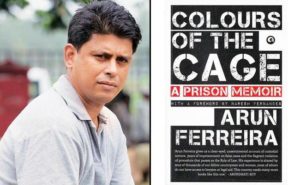 Colours Of The Cage is an unsparing account of the nearly five years activist Arun Ferreira lost forever in Nagpur Central Jail after being accused of being a Naxalite. In May 2007, Ferreira was forced into a car by 15 men, beaten and blindfolded as he heard his abductors discussed the option of killing him off in an encounter. Till September 2011, Ferreira languished in prison while nine cases were slapped against him.
Read more