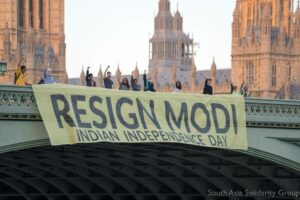 Press release issued by the group:
… The Modi regime has imprisoned thousands of people whose only ‘crime’ has been to dissent, to advocate for the most marginalised and oppressed groups, or to take part in nonviolent protests, under draconian laws like the UAPA. Elderly and vulnerable academics and lawyers, students and young activists, including thousands of Adivasi youth, are locked up in overcrowded and unhygienic conditions in the middle of a pandemic.
Read full statement 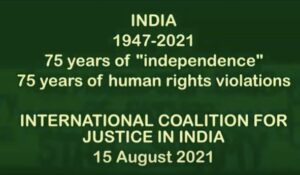 By International Coalition for Justice in India

They stood by the marginalised. They protected lands, hills and forests from mining companies. They stood up to protect minorities. They did not trust the Indian government”s false promises. They are students, academics, lawyers, journalists and social activists, in thousands, are imprisoned in over-crowded prisons. An 84-year old Jesuit priest and human rights defender, Father Stan Swamy, has passed away while waiting for trail.
Watch video