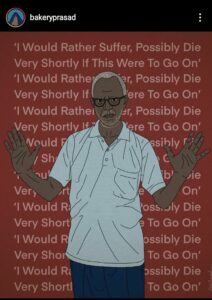 The petitioners state that the Special NIA Court’s observations while refusing bail to Stan Swamy amount to preliminary findings of guilt, which the High Court can set aside.
Late tribal-rights activist Father Stan Swamy’s counsel and kin have urged the Bombay High Court to clear the odium attached to his name and reputation due to his arrest in the Bhima Koregaon – Elgar Parishad caste violence case.
“Article 21 (Right to dignity) of the Constitution equally applies to deceased persons and just as the Appellant(Father Swamy) would have had a right o clear his name if he were alive, similarly those closest to him would have a similar right to clear his name,” Senior counsel Advocate Mihir Desai said on behalf of the Jamshedpur Jesuit Province, which is seeking to pursue Stan Swamy’s case as his next of kin.
Read more