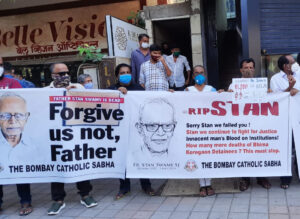 They believe the late activist priest was implicated in mob violence for standing up for the rights of indigenous people.
Indian Jesuits plan to appeal to a court to clear the stigma attached to their activist colleague Father Stan Swamy, who died under detention after being arrested under a draconian anti-terror law.
Read more