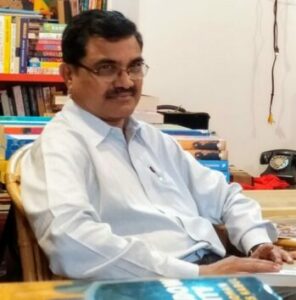 At the cremation of her sixth child, Anusaya Teltumbde did not get to meet her eldest son Anand, who languishes in jail. As one of India’s top intellectuals, is he undeserving of even 14-day bail?
The meaning of mercy often shines in its absence, as this story of 92-year-old Anusaya Teltumbde bears out. Born in and then married into an agriculture labour family, Anusaya gave birth to eight children. The youngest of them, Praveen, a professor, died in 2009; her sixth child, Milind, a Maoist commander, was gunned down last month. At his cremation were present Mama Teltumbde and her surviving children barring the eldest of them, Anand.
Read more