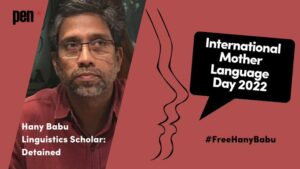 Take action
PEN International considers Hany Babu’s detention and that of his fellow activists a breach of their right to freedom of expression, and calls for their immediate and unconditional release.
Read more

Video: Language and the Problems of Justice 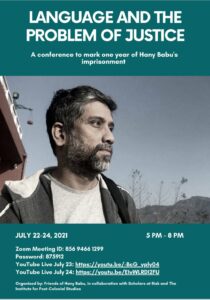