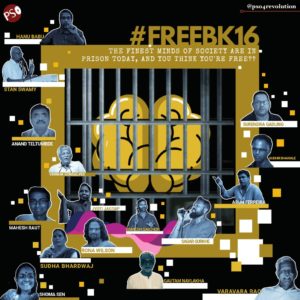 Varavara Rao is currently on bail on medical grounds, and had challenged in the Supreme Court the High Court order rejecting his appeal.
… Incidentally, the High Court had also noted the claims made by Rao’s counsel on the lack of medical facilities at the Taloja prison and the poor hygienic conditions there, saying there was substance in the argument.
In the trial in the case, the Elgar Parishad accused have repeatedly brought up the lack of facilities in prison, and denial of access to the same.
Read more