By Friends & Family of Sudha Bharadwaj

Press Release
Friends and Family of Sudha Bharadwaj are extremely worried over the alarming and disturbing news of the rising Covid-19 infection in Byculla women’s jail forcing the authorities to seal the premise.
Last week, in a prison supervised phone conversation Koel Sen had with her mother Shoma Sen, former professor of English from Nagpur University, arrested in the Bhima Koregaon case and incarcerated for the last three years in Byculla prison without trial, it was informed that 20 inmates from the prison were infected, which appears to have now risen to 39!
Three women political prisoners, Shoma Sen, Sudha Bharadwaj and Jyoti Jagtap, all arrested in the Bhima Koregaon case for the past three years without trial and bail, are housed in the women’s prison of Byculla jail. Alarmingly, two out of the 20 infected are from the barrack that houses 40 senior women inmates, including 61-year-old Shoma Sen and 59-year-old Sudha Bharadwaj. The barrack of 40 senior citizen women inmates is fully vaccinated, however the virus infection of the two fully vaccinated women has sent fear and concern to all the women inside the prison and their family waiting for them in their homes.
Shoma Sen’s interim medical bail was rejected by a special NIA court on Tuesday this week stating ‘Covid-19 cannot be a ground for release anymore’. Her plea for bail was on the grounds of her medical condition of hypertension, blood pressure and other such co-morbidities that make her vulnerable to Corona Virus infection. Along the same lines, the bail pleas of other political prisoners, Gautam Navlakha, Anand Teltumbde, and Vernon Gonsalves, all above 60 and suffering co-morbidities, were also rejected.
That the prisons are ill-equipped in handling the condition of prisoners should there be an outbreak of the virus, is an understatement. Out of the 16 arrested in the Bhima Koregaon case, seven have tested positive. It is with great despair we remember 84-year-old Father Stan Swamy who died due to Covid infection which he contracted in the prison. Testing positive within 24 hours of being shifted to the hospital, Fr Stan Swamy breathed his last within 40 days.
We urge all concerned to take necessary precaution to all senior and political prisoners of Bhima Koregaon to avert anything untoward. They have spent two-third of their life working and contributing towards better living conditions for the marginalized, including ensuring justice to them within the constitutional framework. Their precious life must be safeguarded within the constitutional guarantee of right to life under Article 21.
In the given situation with the risk of virus spreading fast in prisons, we urge the High-Powered Committee constituted for decongestion of prisons to immediately re-examine the criteria identified for release of prisoners for the said purpose as ordered by the Hon’ble Supreme Court. 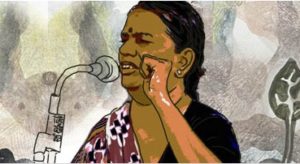