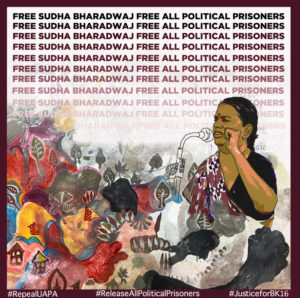 Sudha Bharadwaj and 8 others had challenged the jurisdiction of the Pune Sessions Judge in 2019 who they submitted was not the Special NIA judge and hence not competent to hear their applications under UAPA.
In a significant development, the Bombay High Court on Wednesday allowed the default bail plea filed by Bhima Koregaon accused advocate Sudha Bharadwaj [Sudha Bharadwaj v. National Investigation Agency].
Read more