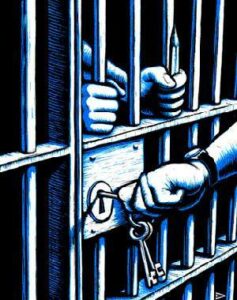 India today, is enveloped in darkness! As the nation embroils itself from one issue to another, the burden is felt by the ordinary citizen, as never before and in more ways than one. Fascism throttles the country; at this juncture, one cannot help, but reminded of that immortal epigram composed by Bertolt Brecht in 1939. Brecht, a playwright and poet, who was vehemently anti-Nazi wrote, “In the dark times / will there also be singing? / Yes, there will also be singing. / About the dark times.”. In these dark times, the people of India cry out in one voice, from the depths of their being “Let there be Light”!
… At the same time, human rights defenders, those who have taken a visible and vocal stand for justice and peace, those who have taken up cudgels for the excluded and exploited, the marginalised and the minorities are at the receiving end of a brutal vengeful system. Many, as those in the Bhima Koregaon conspiracy case are still languishing in jail without trial.
Read more