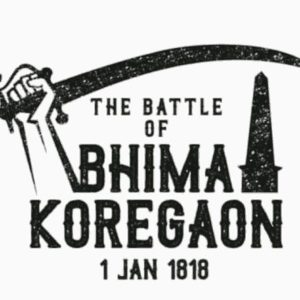 In “Before the Law,” Franz Kafka portrays a countryman who can only be forever “before the law,” but never entering. “It is possible” to gain entry, says the doorkeeper, “but not at the moment.” The man gets old and is about to die—and only now does he understand that the gate was meant for him! “No one else could ever be admitted here, since this gate was made only for you. I am now going to shut it.“
… Bhima Koregaon is, in terms of its empirics, so loaded with historical memory and the legacy of caste oppression that the so-called progressive left would rather take cover in the past-erasing, rarefied realms of the futuristic non-world of the constitution and the rights and innate liberties it supposedly guarantees to all citizens. Before the law, any day!
Read more

Also read/watch:
● The Bhima Koregaon Arrests and the Resistance in India (Monthly Review / April 2022)
● Let’s Remember the Lesson of Bhima Koregaon: Down with the New Peshwai (Sanhati, by Sudhir Dhawale │ March 2018)

● Documentary: The battle of Bhima Koregaon – an unending journey 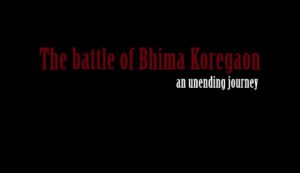